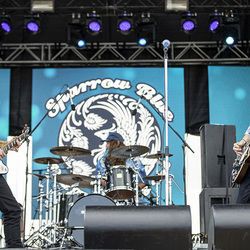 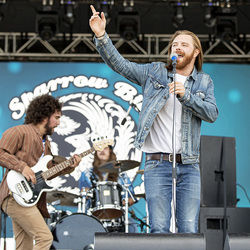 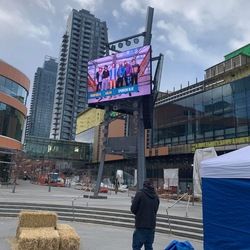 The Making of Real Thick Documentary 5/5

Sparrow Blue has shared the stage with renowned artists such as The Sheepdogs, Default, The Dirty Nil, The Watchmen, The Wild, The Lazys, The StandStills, Whale and the Wolf, Nightseeker, Supersuckers and more. After independently releasing their debut album in late 2018, Sparrow Blue’s 2019 year was spent performing throughout various outlying regions of Alberta and Saskatchewan, also playing the Edmonton Rock Fest and Tralapa Music and Sports Festival.  Since 2020, Sparrow Blue has been working on new music in their newly built studio ("The Blue Room"). The first release out of the "Blue Room" was a fast paced head banging tune entitled "Delta, Red" which was well received despite tour restricitons at the time. Since then, Sparrow has done a few wicked shows such as the Together Again Music Festival in Edmonton and many road gigs in the western Canada area. When not playing shows, Sparrow has been working on their 2nd album (first self recorded) which will be released in the coming months.